The truth emerges, but why must humans cause such suffering? 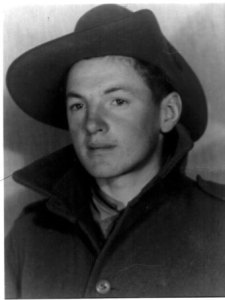 It remains the single-worst atrocity against Australians at war. Yet many Australians have probably never heard of Sandakan. So few men returned from the Japanese prisoner of war camp on the island of Borneo after World War II it has become a neglected chapter in Australia’s wartime history.

In fact 2,000 Australians spent time as POWs at Sandakan. And of the nearly 1,800 still captive there at the end of the war, only six men survived.

All of which makes Sydney man Billy Young rare indeed. He spent three years as a POW under the Japanese.

He is the only surviving rank and file Australian soldier who spent time at Sandakan.  And he is the only POW still alive who was imprisoned at Outram Road Jail in Singapore.

Now aged 90, he has written a book about his inspiring story. “Billy: My…

Reclaiming my inner badass at 50

Searching for justice after 7 years of hell

Exploring the relationships between doctors and patients and health policy

Spreading The Good News To All Who Will Listen💙

Beautiful photos of hiking and other outdoor adventures.

A Blog about Music and Popular Culture

because life is what we make it

A blog full of humorous and poignant observations.

Just a small town girl who writes about Christian stuff.